Wat Chedi Luang (lit. temple of the big stupa) is a Buddhist temple in the historic centre of Chiang Mai, Thailand. The current temple grounds were originally made up of three temples — Wat Chedi Luang, Wat Ho Tham and Wat Sukmin.

Two fantastic old pictures of the temple. The first is undated.   The Austrian-American explorer, geographer, linguist and botanist Joseph Rock (1884-1962) visited Chiang Mai in 1934 and made a great picture of the temple. 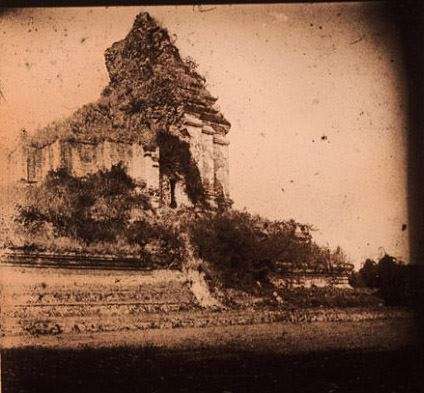 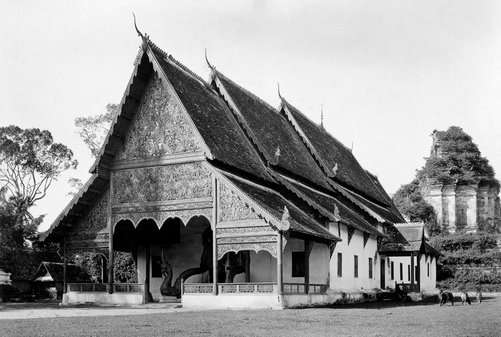 The construction of Wat Chedi Luang started in the 14th century. The seventh monarch of the Mangrai Dynasty was King Saen Muang Ma, a son of King Kue Na. He was named Saen Muang Ma, which means `a hundred thousand cities come’ because he was born during the time of great prosperity in the Lan Na Kingdom. , when King Saen Muang Ma planned to bury the ashes of his father there. 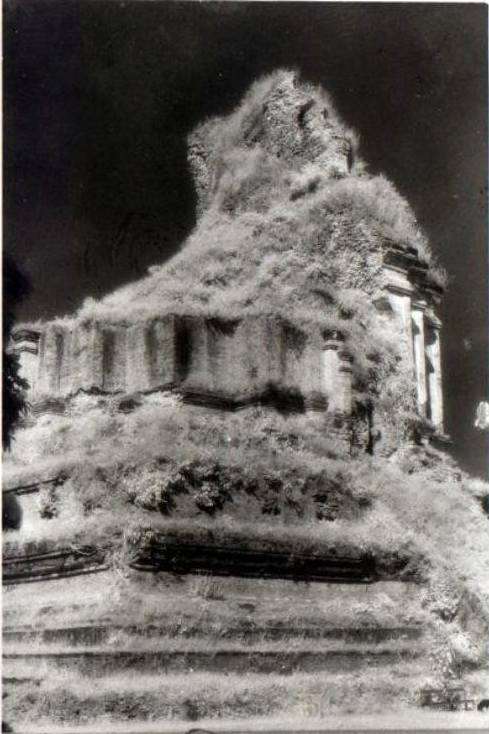 Date unknown. Probably in the 60’s. Picture by Boonserm Satrabhaya.

He constructed the great pagoda of Chedi Luang in the centre of the city of Chiang Mai in 1391. At this time, he had been in power for 16 years, and was 39 years old. The pagoda was not completed during his reign. It was his Queen who constructed the upper part of the great pagoda, installed its spire and gave it its finishing touches. 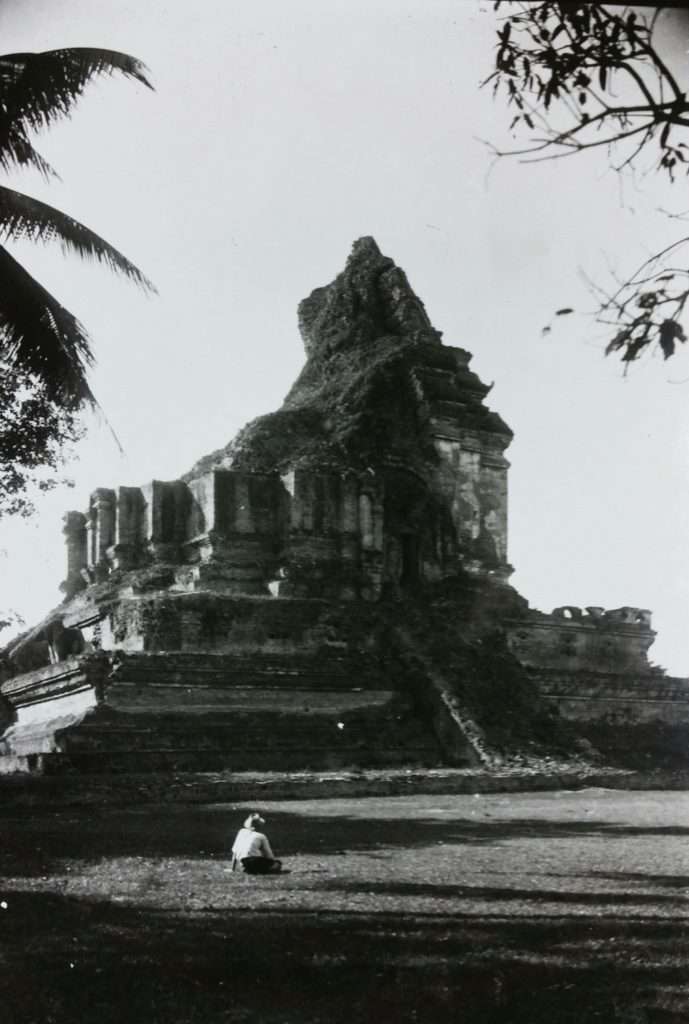 Probably due to stability problems it took until the mid-15th century to be finished during the reign of king Tilokaraj. It was then 82 meters high and had a base diameter of 54 meters. At that time it was the largest building in the Lanna kingdom. In 1468 the statue of  the Emerald Buddha was installed in the eastern niche. In 1545 however the upper 30 meters of the structure collapsed after an earthquake. Not long after that disaster the statue of the Emerald Buddha was moved to Luang Prabang in 1551.

In the early 1990s the Fine Arts Department reconstructed Wat Chedi Luang, at least partially financed by UNESCO and the Japanese government. Not everyone was pleased wit the result of the reconstruction. Some claim elements of Central Thai temple architecture crept in. Others don’t like the new look of the chedi and prefer how it looked before the reconstruction, overgrown with vegetation, what you call a real ruin.

For the 600th anniversary of the chedi in 1995, a copy of the Emerald Buddha made from black jade was placed in the reconstructed eastern niche. The icon is named official Phra Phut Chaloem Sirirat, but is commonly known as Phra Yok. 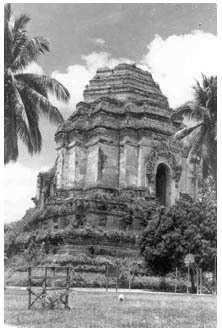 Also on the temple grounds is the city pillar (Lak Mueang) of Chiang Mai, named Sao Inthakin. It was moved to this location in 1800 by King Chao Kawila; it was originally located in Wat Sadeu Muang. He also planted three dipterocarp trees there, which are supposed to assist the city pillar to protect the town. A festival in honor of the city pillar is held every year in May and lasts 6–8 days.

In a wihan near the entrance to the temple is the Buddha statue named Phra Chao Attarot (Eighteen-cubit Buddha), which was cast in the late 14th century. On the other side of the chedi is another pavilion housing a reclining Buddha statue. 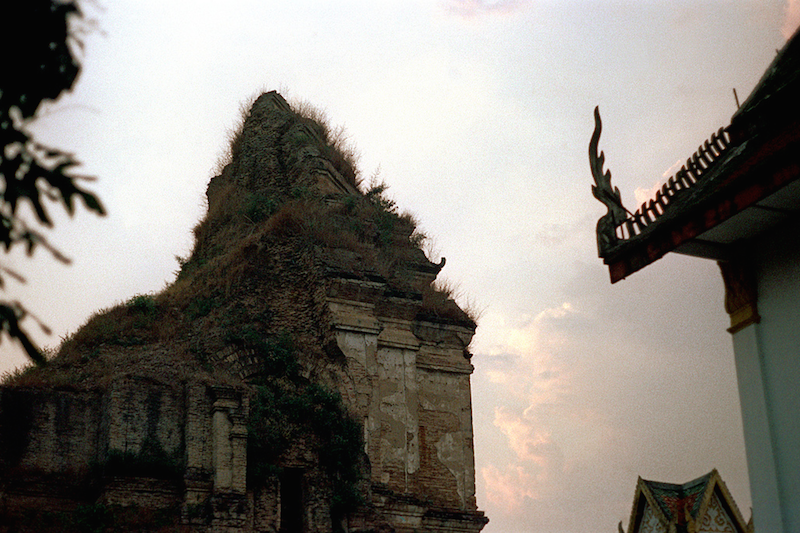 Dutch photographer Don Oppedijk visited Chiang Mai in 1981 and made below pictures. 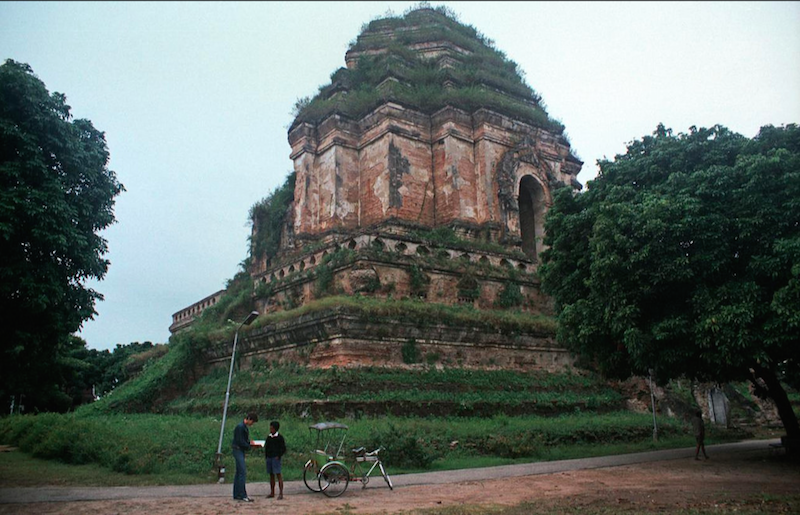 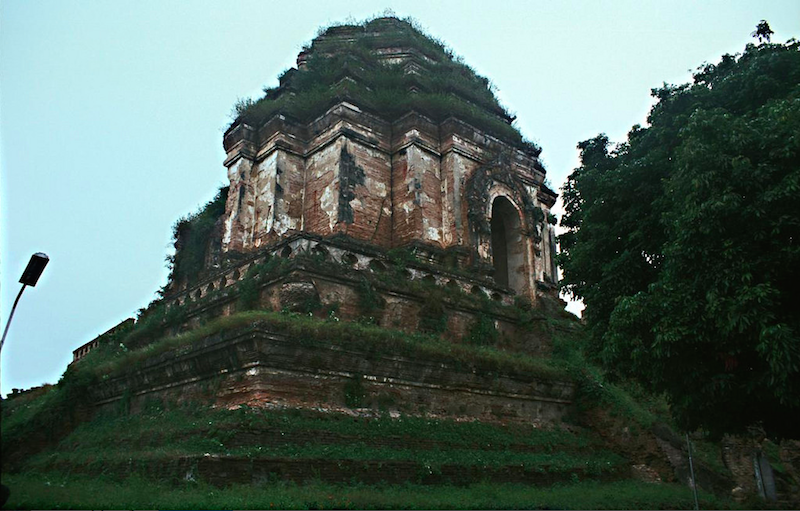 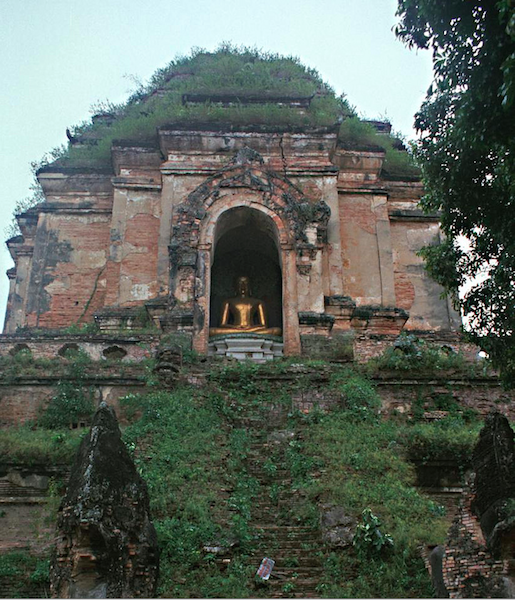 Below are pictures I made during Songkran in 2013 of the reconstructed Wat Chedi Luang. 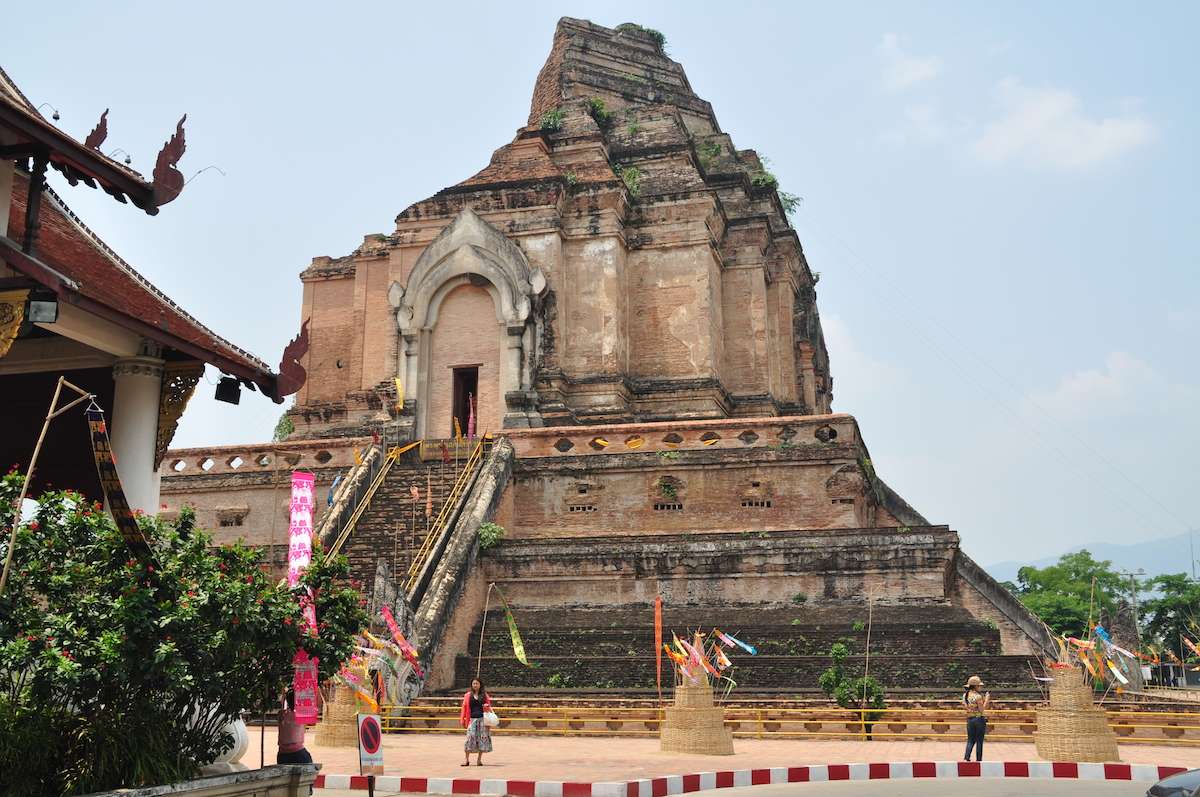 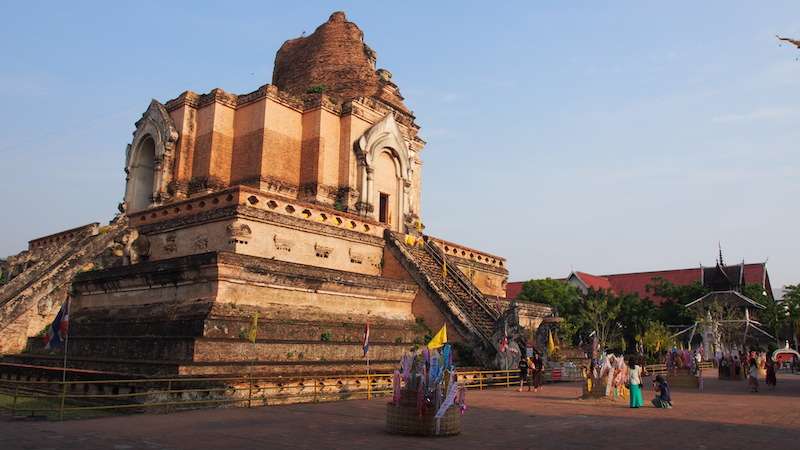