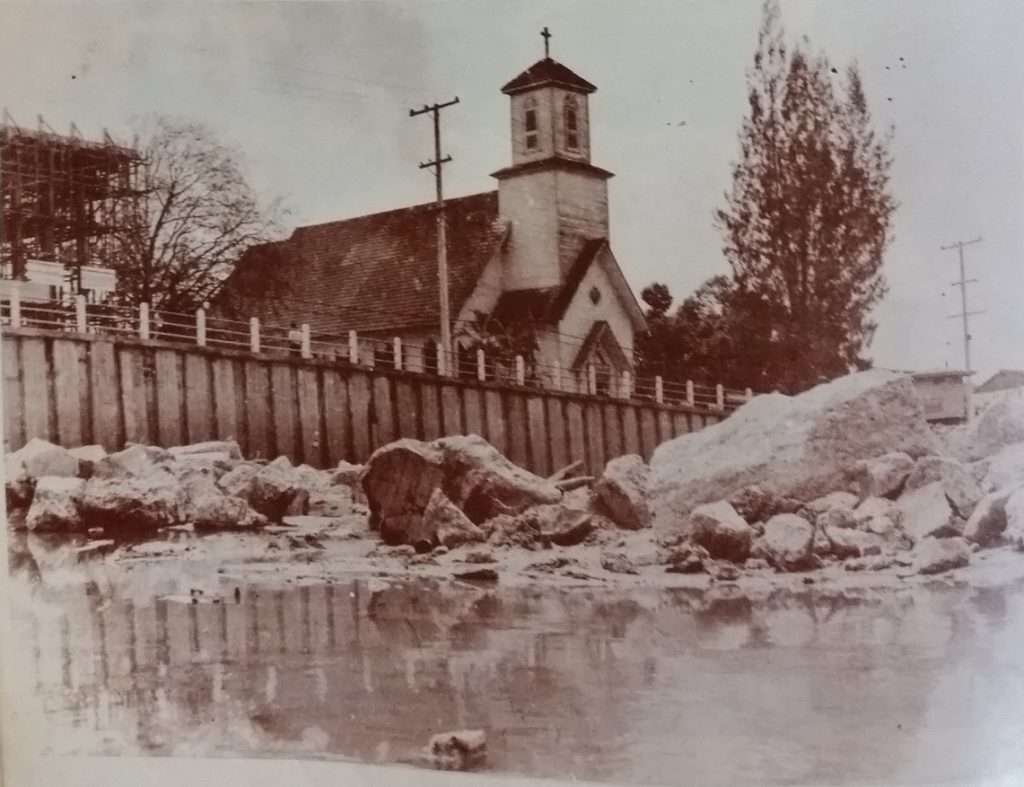 First Church from the Ping River. Date and source unknown.

Daniel McGilvary and the First Church

Reverend Daniel McGilvary and his family arrived in Chiang Mai in 1867. The American missionary family traveled from Bangkok to Chiang Mai by boat, which took three months. Reverend Daniel McGilvary and his wife Sophia McGilvary founded the Laos Mission in April 1867. North Thailand was known as “Laos” at that time….They founded the first Christian Church in 1968. In the years 1889-1891 Dr. Marion Cheek, a missionary doctor, designed and built a new church, which was the first Western style architecture building in Chiang Mai.

From 1870 until roughly 1890 McGilvary was the unofficial leader of the Laos Mission. He took the leading hand in expanding its work including establishing several rural Christian communities which became important Christian centers. In 1878 he played a leading role in obtaining the so-called “Proclamation of Religious Toleration” from the Thai central government, which gave certain civil rights to northern Thai converts. 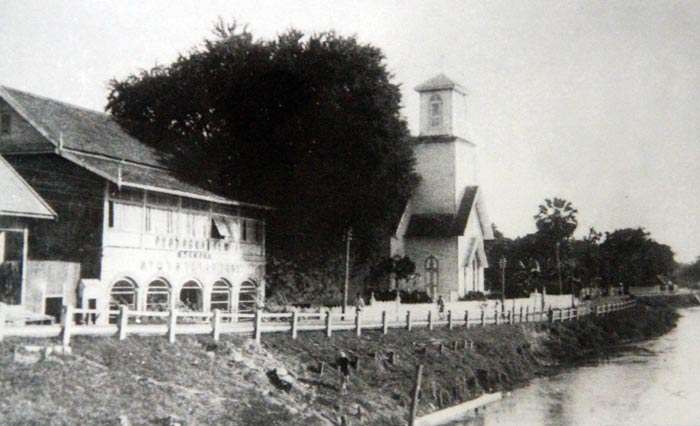 The Tanaka photo studio and the First Christian Church in 1928. Photo by Morinosuke Tanaka

McGilvary made a number of exploratory tours, beginning in the 1870s. He went as far as the Shan States in Burma and Yunnan Province in Southern China in the 1890s. Those tours inspired the Laos Mission with the vision of a greater mission to the Tai peoples of China and French Indochina, a vision which dominated mission work until the 1920s. During WWII Japanese forces church used the church as a military camp and modified the church’s clock tower as an anti-aircraft gun turret.

In 1968 the new Chiang Mai First Presbyterian Church opened on Charoenrat road. It was a very modern buidling in those days. The designer reverend Taylor Potter won a prize from one of the Architectural Institutes in the USA. On  November 19, 1968 a farewell church ceremony and procession to the new one was held. The Prince Royal’s College Marching Band led the parade following with reverends, pastors, church staff and church members marching to the new chapel. McGilvary is also credited with introducing Western medicine into Northern Siam. He continued active evangelistic work, including visiting established Christian groups, up until his death on 22 August 1911, in Chiang Mai. Throughout his life, his colleagues and the general public held McGilvary in great esteem. Businesses and government offices in Chiang Mai officially closed in mourning on the day of his death.

That is the short story of the First Christian Church of Chiang Mai. 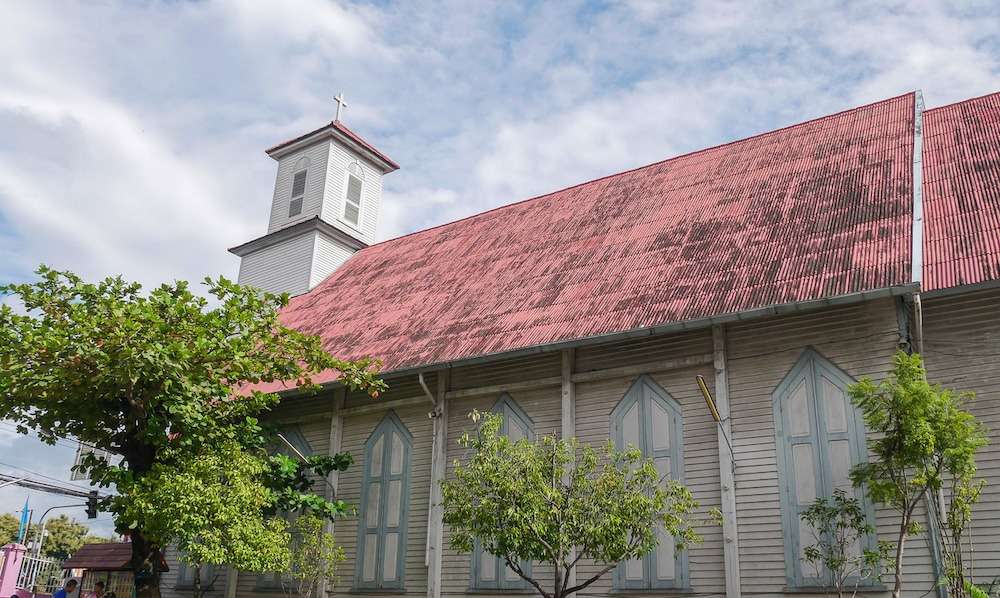 The old wooden church is in good condition and is now part of the Chiang Mai Christian School. It is not a tourist attraction but you can just go there and politely ask the guard in front of the school if you can have a look inside the church. Inside the old church there are old pictures on the wall. Chiang Mai a la Carte’s Historical Walk, samlor tour and Doi Suthep tour features a stop at the church.  Here is the location on Google maps:

The New Presbyterian Church and the Museum

The New Presbyterian Church is better known as the First Church. It is just a couple of 100 meters further north along the Charoen Rat road. It has an interesting museum that is only open on Friday, Saturday and Sunday from 0900 until 1500. When you find it closed just go to room 103 and ask them open it. The museum contains information, objects, utensils and other exhibits related to the history of the Laos Mission and the Presbyterian Church in Chiang Mai.

Exhibits in the First Church Museum

Picture of Daniel McGilvary in the First Church Museum

The First Church of Chiang Mai

This is the location of the First Church: