Songkran Festival Then and Now (2)

Over the years Songkran (ประเณีสงกรานต์) changed to what it is now. In the 50’s and 60’s festivities were concentrated in the Thapae road/Ping River area. Revellers were standing in the river splashing water on each other and walked through Thapae Road. Human interference in the Ping River water level and the increase in motorized vehicles probably were factors that changed Songkran.

Some pictures of Boonserm Satrabhaya show vehicles. This picture shows people standing in the back of what looks like a kind of tuk tuk. In the background the Tantraphan store, one of the few stores selling Western foodstuffs in those days, according to Roy Hudson. 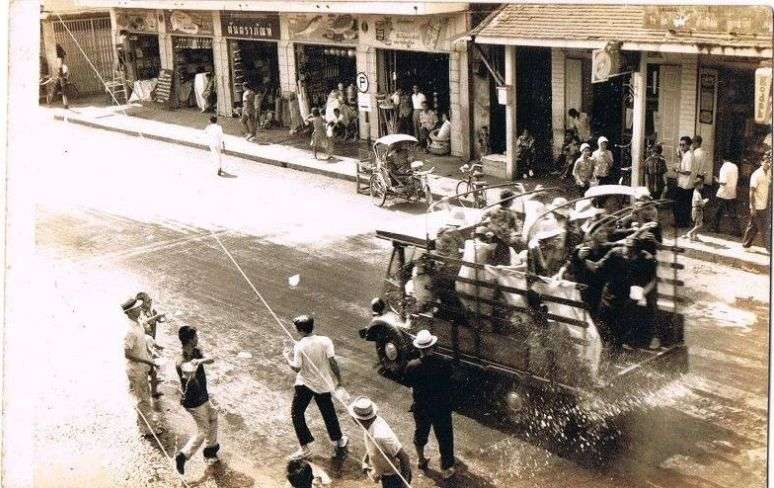 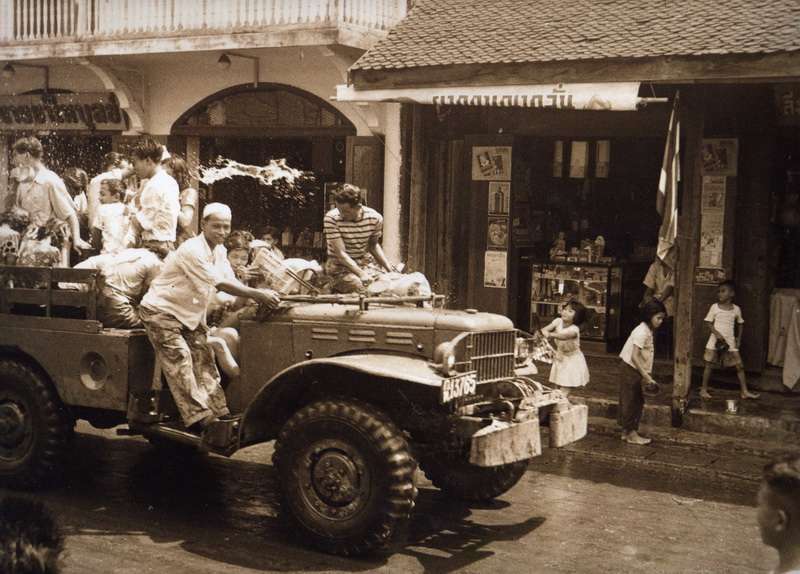 Phil Bradbeer was a lecturer at Chiang Mai University from 1964 until 1970. Phil now lives in Crewe in the UK. I have been in touch with him a couple of times this year. He took below pictures during Songkran in 1967. They already show the more rowdy side of Festival. Cars, buses and motorbikes are targeted by schoolboys. Below picture was taken in Thapae road, close to the Upakut intersection, looking towards the new concrete Nawarat Bridge. The concrete bridge took the place of the steel-truss bridge that is visible on pictures taken by Boonserm Satrabhaya in the 50’s and the early 60’s. 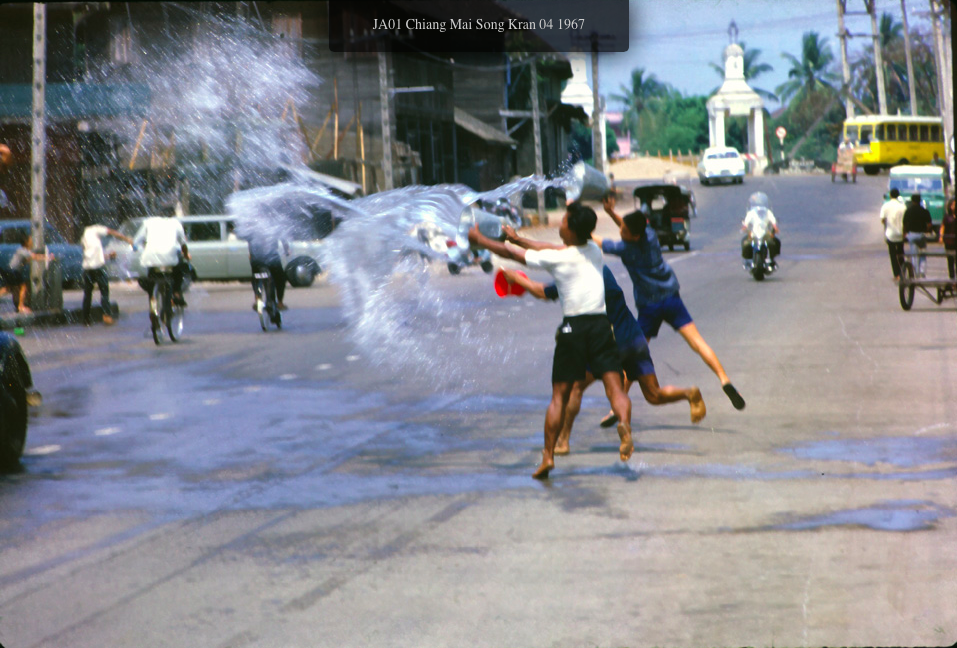 April 1967. The concrete Nawarat bridge in the background. Picture by Phil Bradbeer.

Below pictures were taken probably on Nawarat Road, near The Prince Royal College. 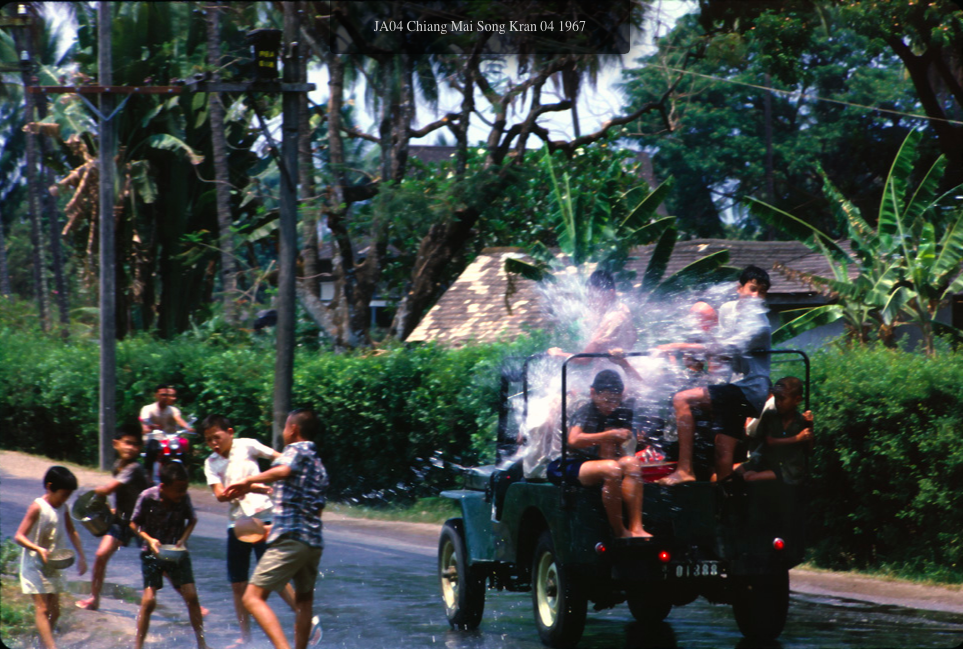 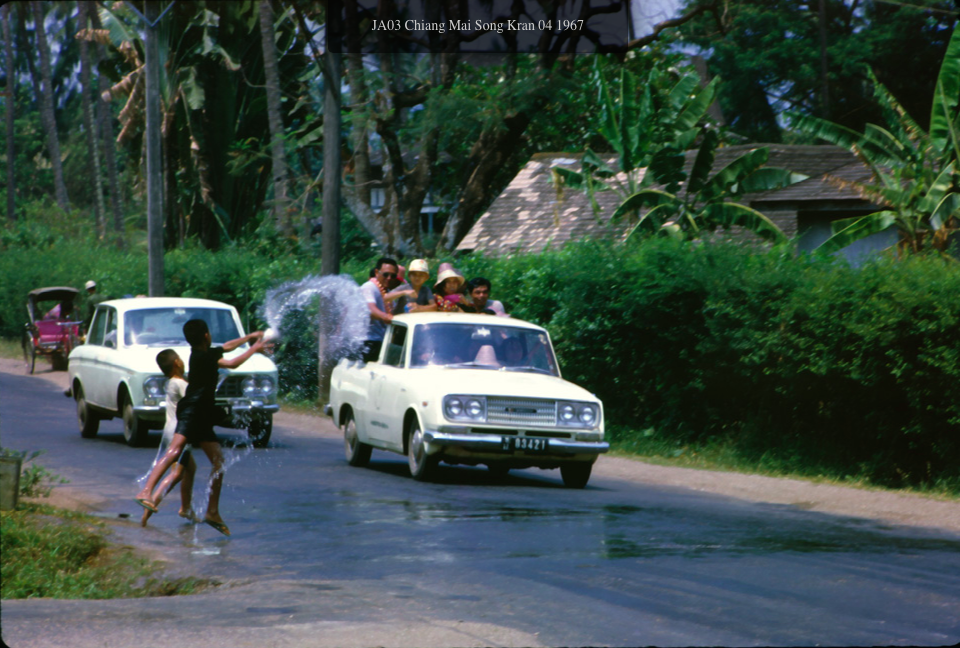 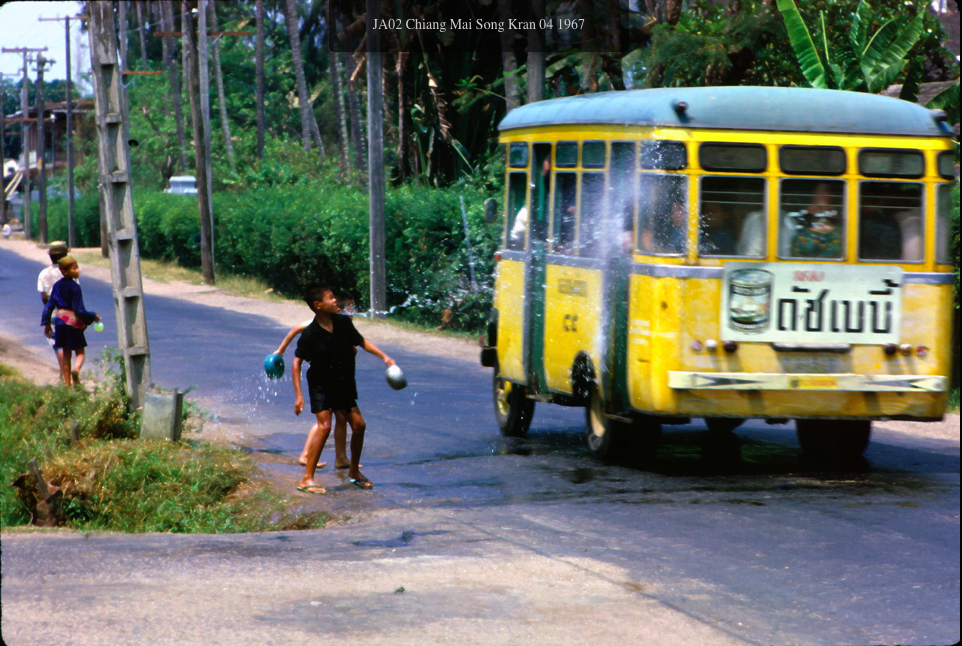 A parade probably was part of the festivities from the early days onward. 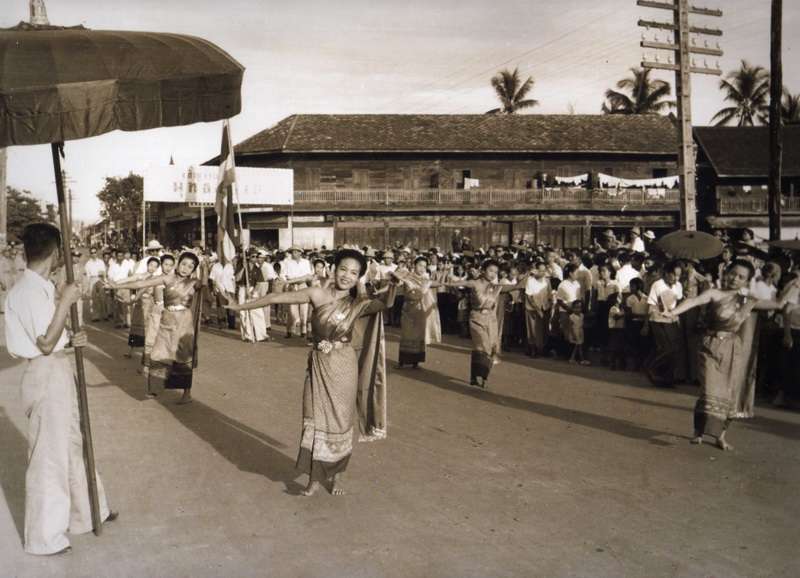 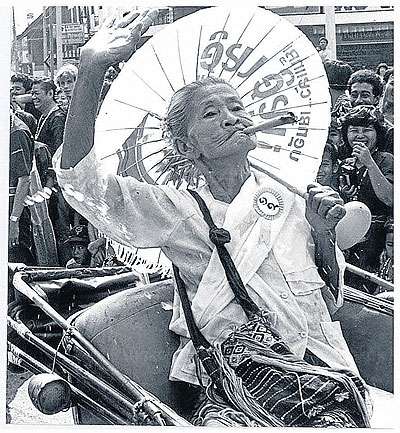 The big usually takes place on April 13. The participants and the floats line up along Charoenmuang Road. These pictures I made of the parade of this year, 2016. 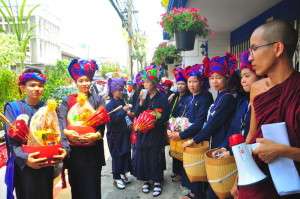 Pa O before the parade 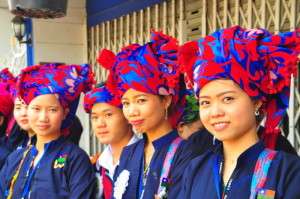 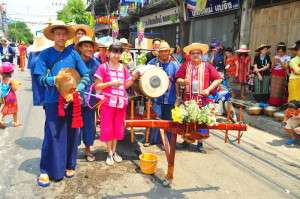 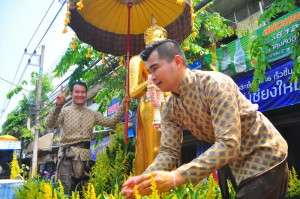 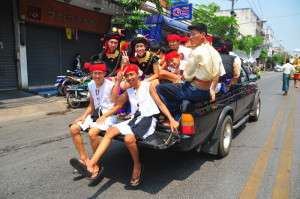 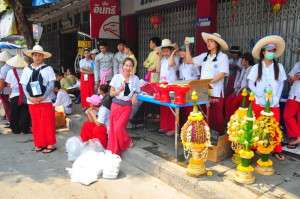 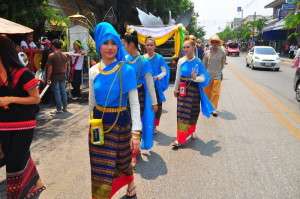 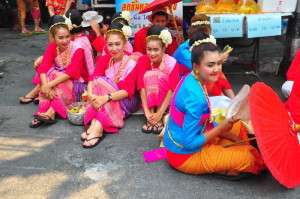 Waiting for the start of the parade 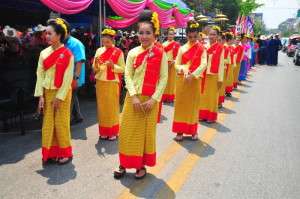 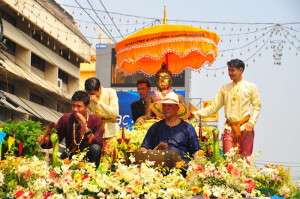 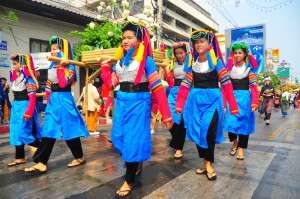 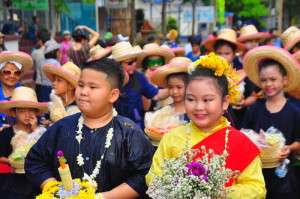 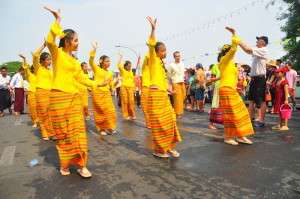