Many Chiang Mai residents are familiar with the Poy Luang Hotel. This hotel has been closed for probably about 20 years. It is a 16-storey structure located on the super highway with the characteristic revolving restaurant on the top of the hotel.  You can enter the hotel without any problem, walk up to the top floor, and enter rooms with smashed up washbasins and wander around. The former revolving restaurant is not safe to enter anymore. The Poy Luang hotel was probably the first hi-rise building of Chiang Mai. Views of Chiang Mai are great.

This was the logo of the hotel:

What is the history of this hotel and what caused its demise?

I have done some research.

In 1983 the Poy Luang Hotel was the second biggest hotel in Chiang Mai in 1983 with 230 rooms. The biggest hotel was Hyatt Orchid with 267 rooms. Other big hotels at that time were Suriwongse (180) and Chiang Inn (175) and Rincome (160). All the rooms were airconditioned and had hot water with prices ranging from 450THB up to 1600THB. Facilities of the hotel were restaurant, meeting room, massage and nightclub.

In 2008 someone posted an interesting blog about this hotel on this website. He used to be the PR manager of the First Hotel in Bangkok. I have not able yet to find his name. He states that the owner of the hotel is a colonel of the Thai army, called Samrerng Chaemchaeng. The owner had no knowledge and experience in the hospitality industry. The writer of the blog also questions the location of the hotel, which was at least two kms from downtown hotels such as Chiang Inn. The writer of the blog was recruited along with other professionals in the hotel industry to manage the Poy Luang Hotel. He writes that the hotel was experiencing problems from the very beginning related to marketing, management and human resources. The president/owner of the hotel tried to attract new investors to no avail.

Rob Waardenburg from Rowaco, a Chiang Mai based travel company, told me he was invited around 1994 together with another hospitality professional from Phuket to advice on necessary maintenance and improvement of the hotel facilities. The hotel was not making a profit at that time. According to Rob there was no money available.

The hotel apparently closed not long after that.  According to the unknown blogger the hotel would be turned into a hospital. Currently the building is empty. Below video was made by Darin Dunn:

Here are some pictures I took in 2015 of the building: 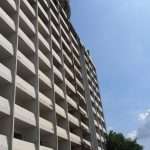 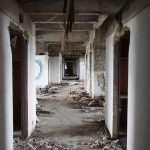 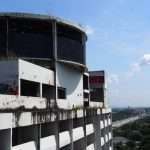 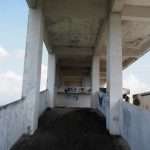 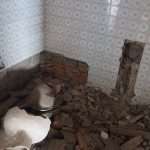 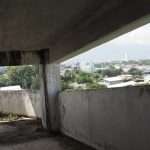 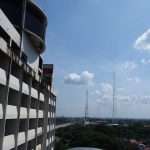 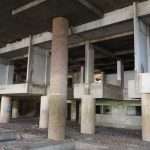 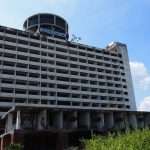 Of course the views from the hotel on Chiang Mai and surroundings are spectacular. 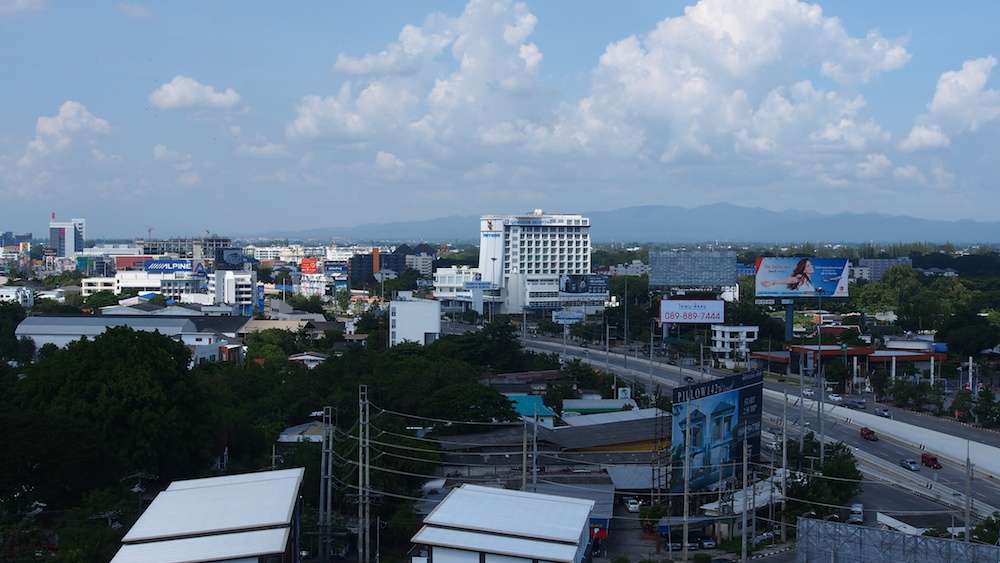 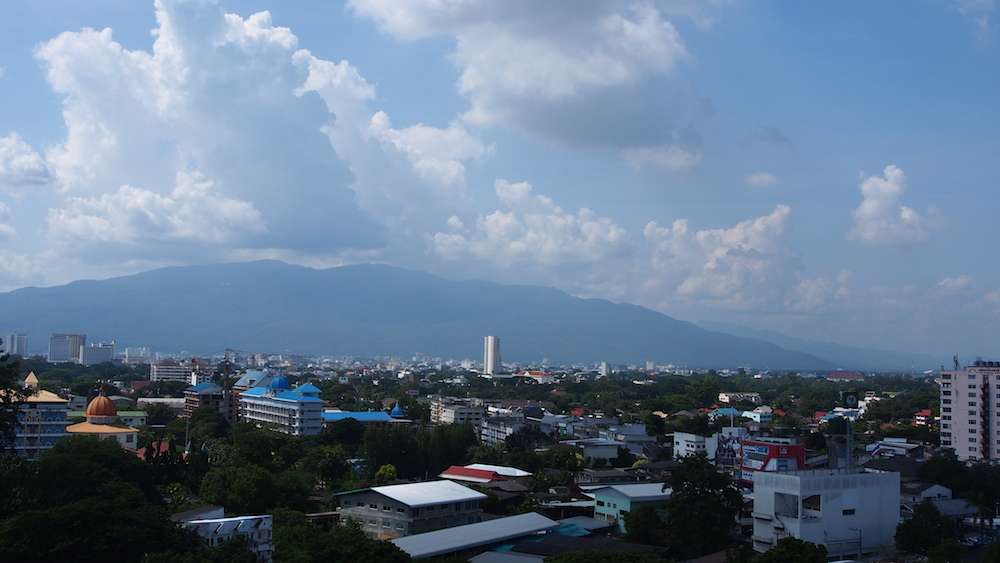 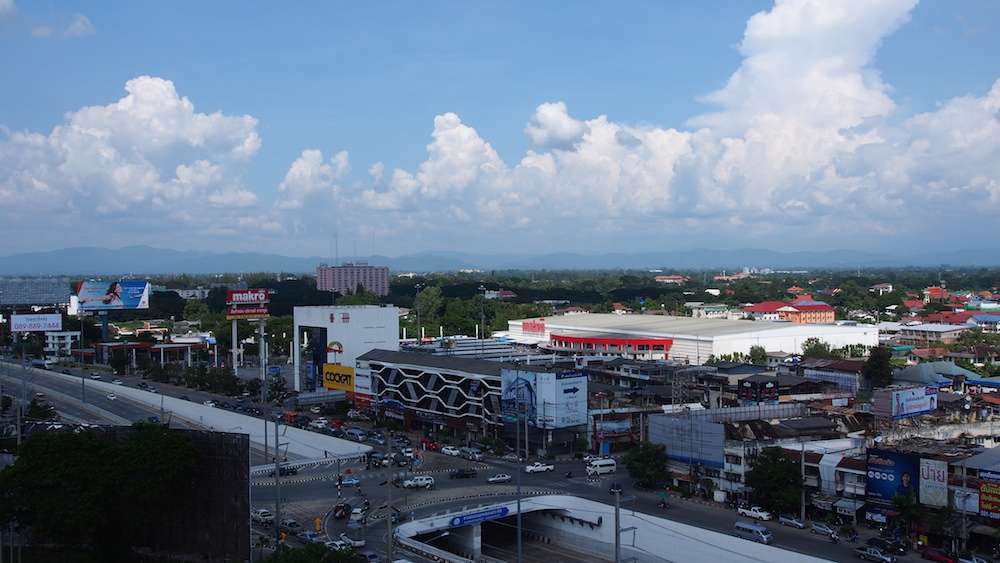 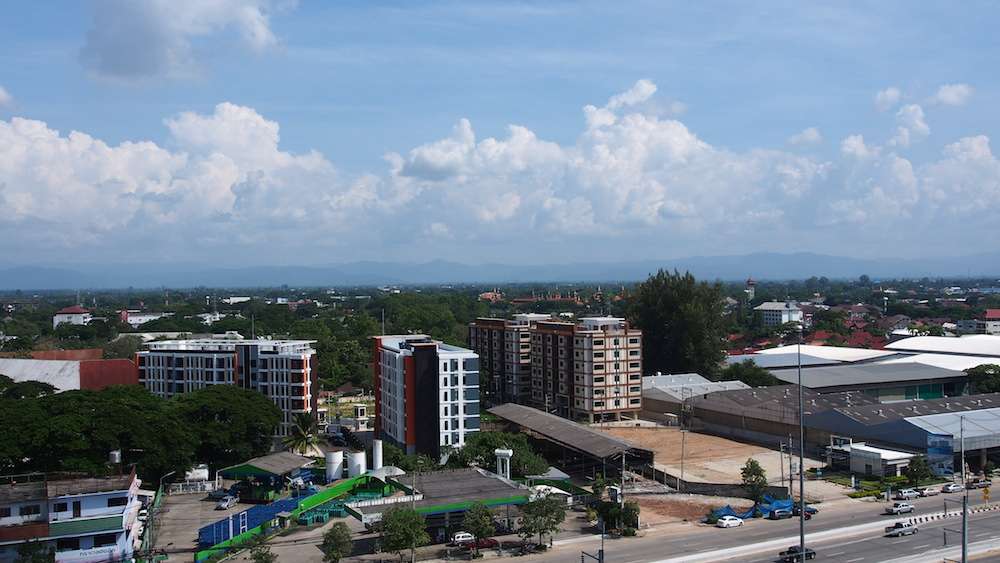