Khua Kula (ขัวกุลา) was a teak wooden bridge on the current location of the Chansom Memorial footbridge. Dr. Marion A. Cheek, an American missionary doctor, designed and built this teak wooden bridge in 1892. The bridge was destroyed in 1932 during a flood that set teak logs floating in the Ping River in motion. 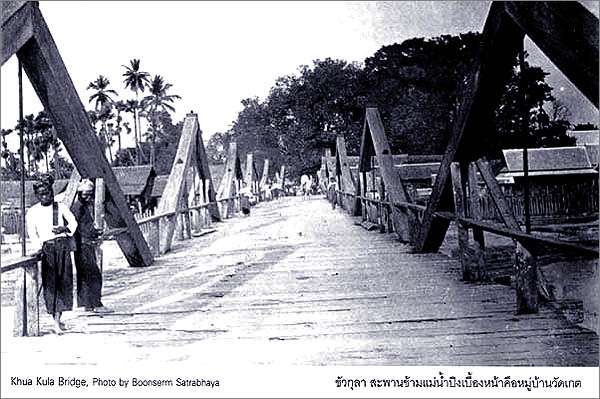 Khua means bridge in Northern Thai. Kula was a word used for foreigner, similar to “farang” nowadays. Cheek resigned from the mission in 1886 and worked for the Borneo Company, a British teak logging company that had its office in the Wat Ket area. The former office is now part of the boutique hotel 137 Pillars House.

He had his own construction company and also built the first Christian Church on the Ping River as well as the residence of Chao Kaew Nawarat, the last ruler of Chiang Mai. The Borneo Company contributed 600 logs for the construction of the bridge. 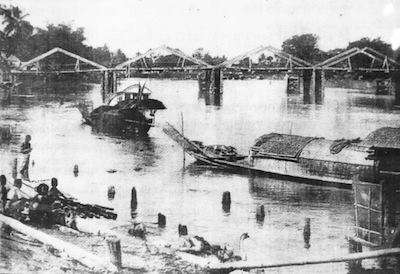 Some of the pictures of this bridge were given to me by my friend Hak Hakanson. Most of them were published in a book called “The Yesteryear of Lanna” by famous photographer Boonserm Satrabhaya. Boonserm didn’t take these pictures himself but copied them from other photographers. Boonserm started making pictures after World War Two. Thanks to Boonserm for all these great pictures of past Chiang Mai.

There are several pictures that show the damage done to Khua Kula before its collapse. This is one of them. 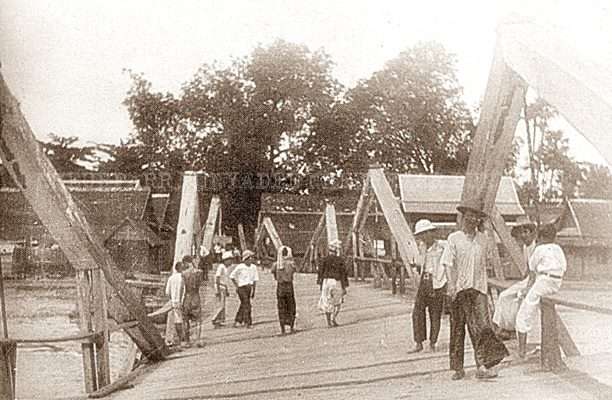 The bridge damaged before its collapse. This picture looks like it has been taken from the Warorot side. Source unknown.

The featured image shows a mass of teak logs next to the bridge. Damage is visible at the back end of the bridge. This picture was taken on July 26, 1932, probably shortly before the bridge collapsed. 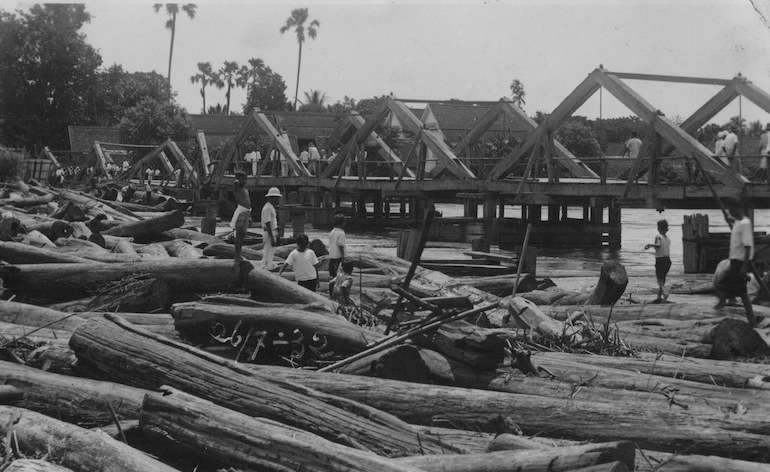 Teak logs piled up at Khua Kula. Picture by Morinosuke Tanaka. Sent to me by Oliver Backhouse.

View on Khua Kula from the Nawarat Bridge. Date and source unknown. 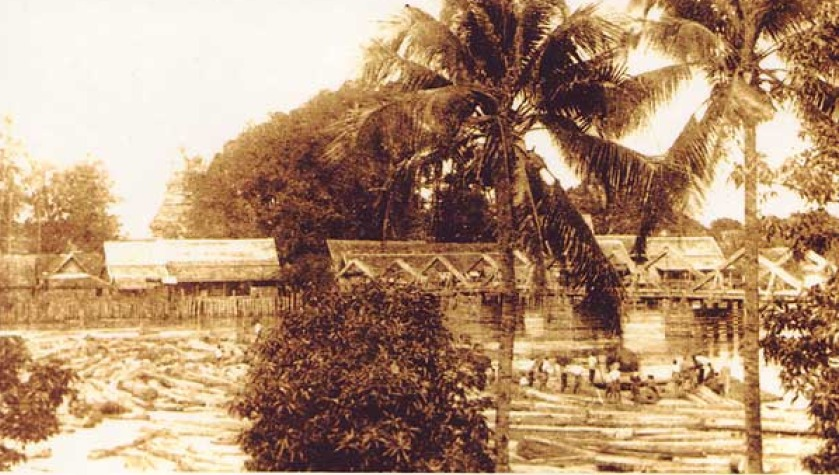 Teak logs near the Khua Kula bridge in 1898. Picture taken from the Warorot side of the Ping River. Source unknown. 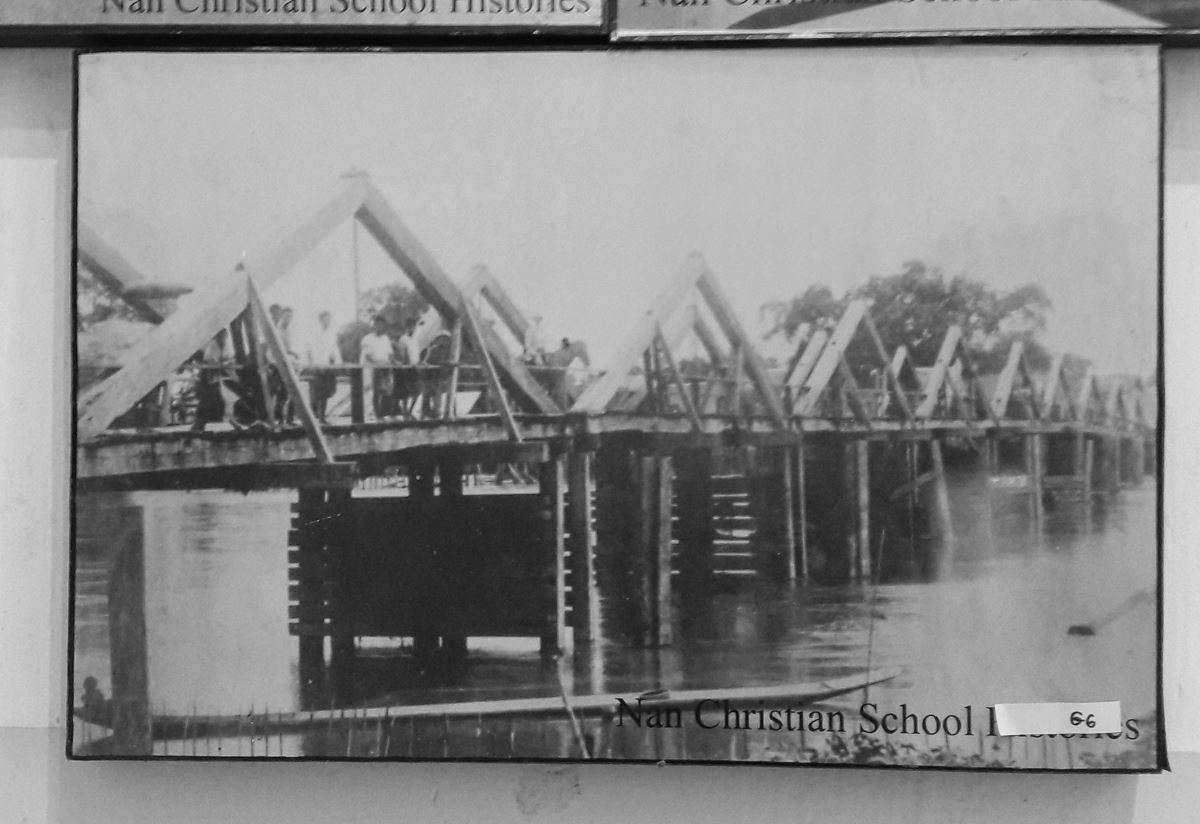 Undated picture of Khua Kula. The picture was sent to me by Ivo Hoornstra who found it in a museum in Nan. 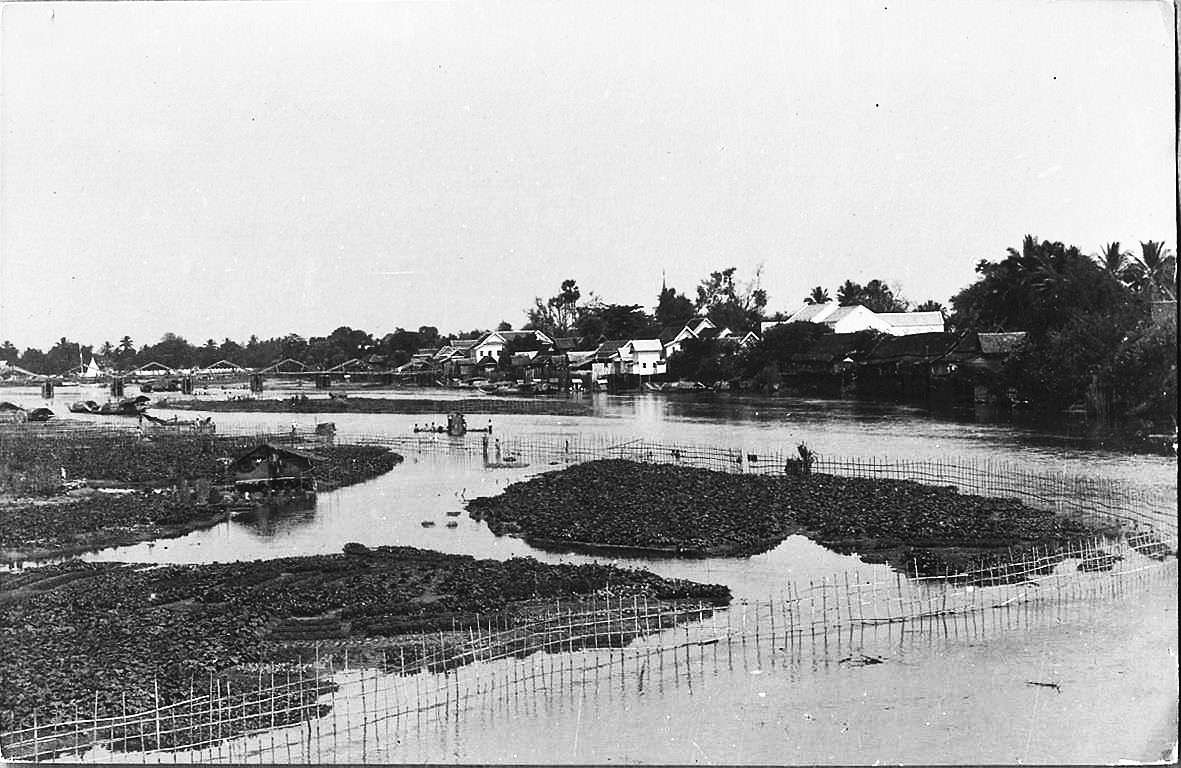 Undated picture by Morinosuke Tanaka taken from the Nawarat Bridge, probably during the dry season.