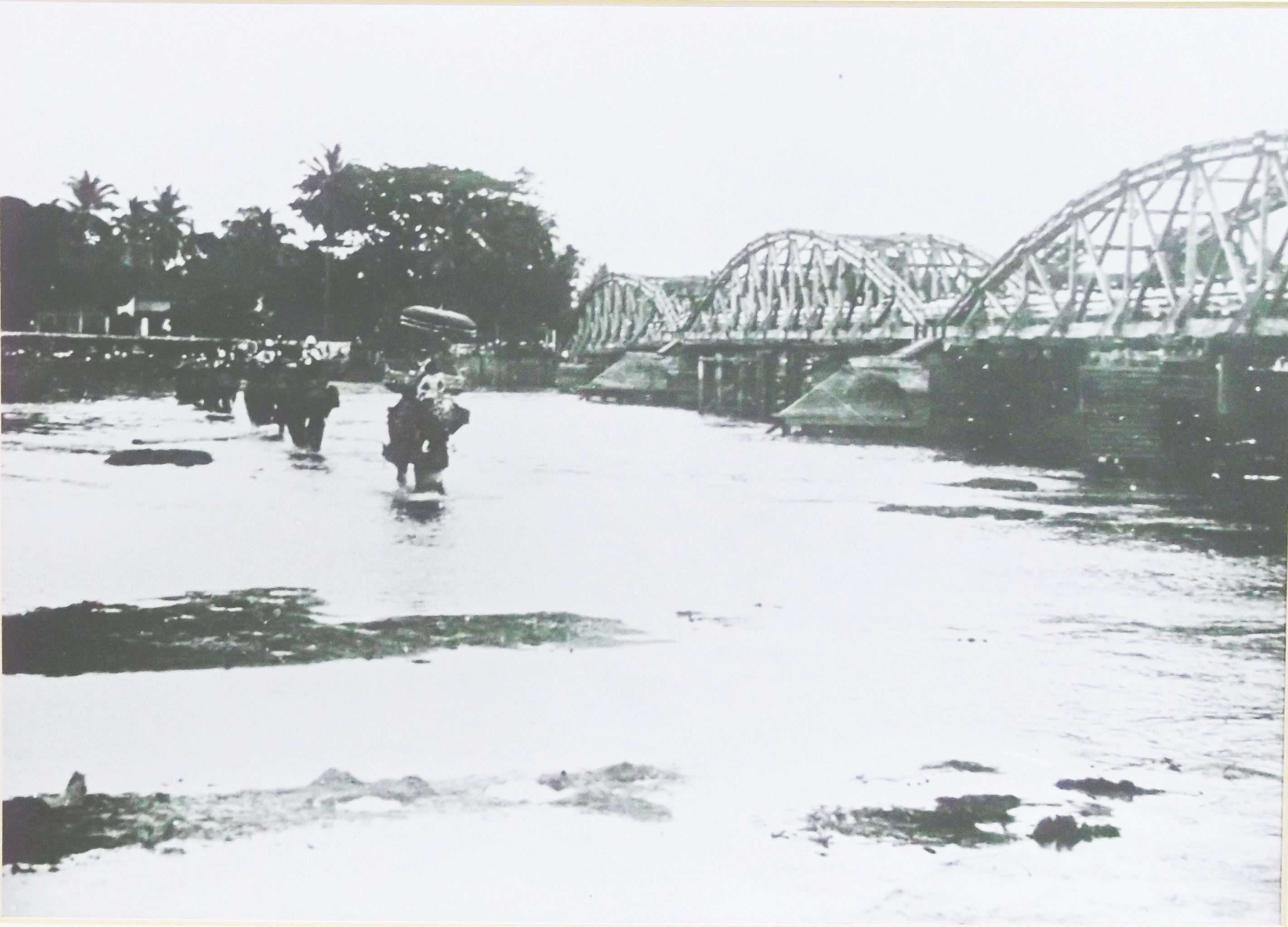 A plaque informs (in translation) about the first Nawarat Bridge: “The construction of this bridge started in 1906 and was completed in 1910. Borneo Co, Ltd contributed 600 teak logs for its construction.” The bridge was a so-called Bowstring Bridge aka tied-arch bridge.  This is an arch bridge in which the outward-directed horizontal forces of the arch are borne as tension by a chord tying the arch ends, rather than by the ground or the bridge foundations. 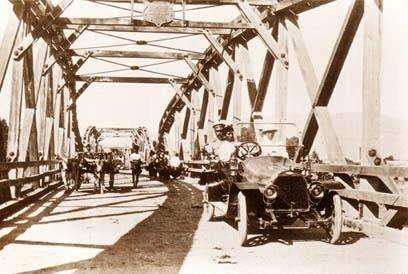 There are very few pictures of this bridge.

The Ping River and the Nawarat Bridge. Date and source unknown. 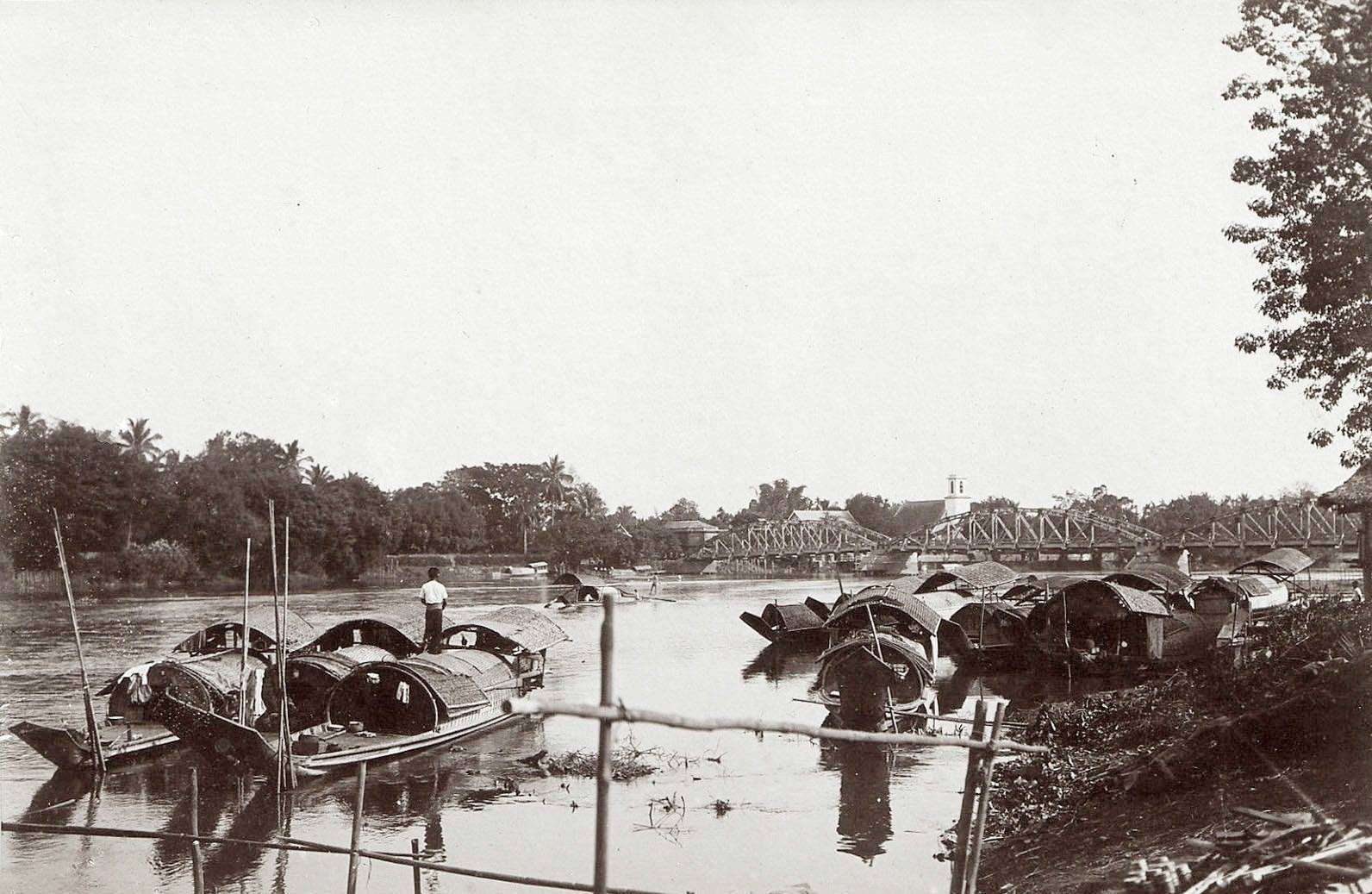 By far the best picture I found of the Nawarat Bridge. Date would be 1920, just before this bridge was demolished to make way for the steel truss Nawarat Bridge. The first Christian church is in the back ground. Picture by Chiang Mai based photographer Tanaka.