The first Chiang Mai Railway Station was opened at this location on January 1, 1922. You can find information about this station here.  During World War Two the station was totally destroyed by Allied bombers in December, 1943. Chiang Mai was a base of the Imperial Japanese Army and the railway station was a strategic target just as Chiang Mai airport. After the destruction of the railway station the trains from Bangkok stopped at Pasao Railway Station, near Lamphun.

Right after the end of the war construction started of a new railway station. A man named Mom Jow Votyakorn Worawan (1899-1980)made the design.He was the grandson of King Rama IV. He graduated from Cambridge University. It took two years to construct the station which was opened in 1947 (2491) 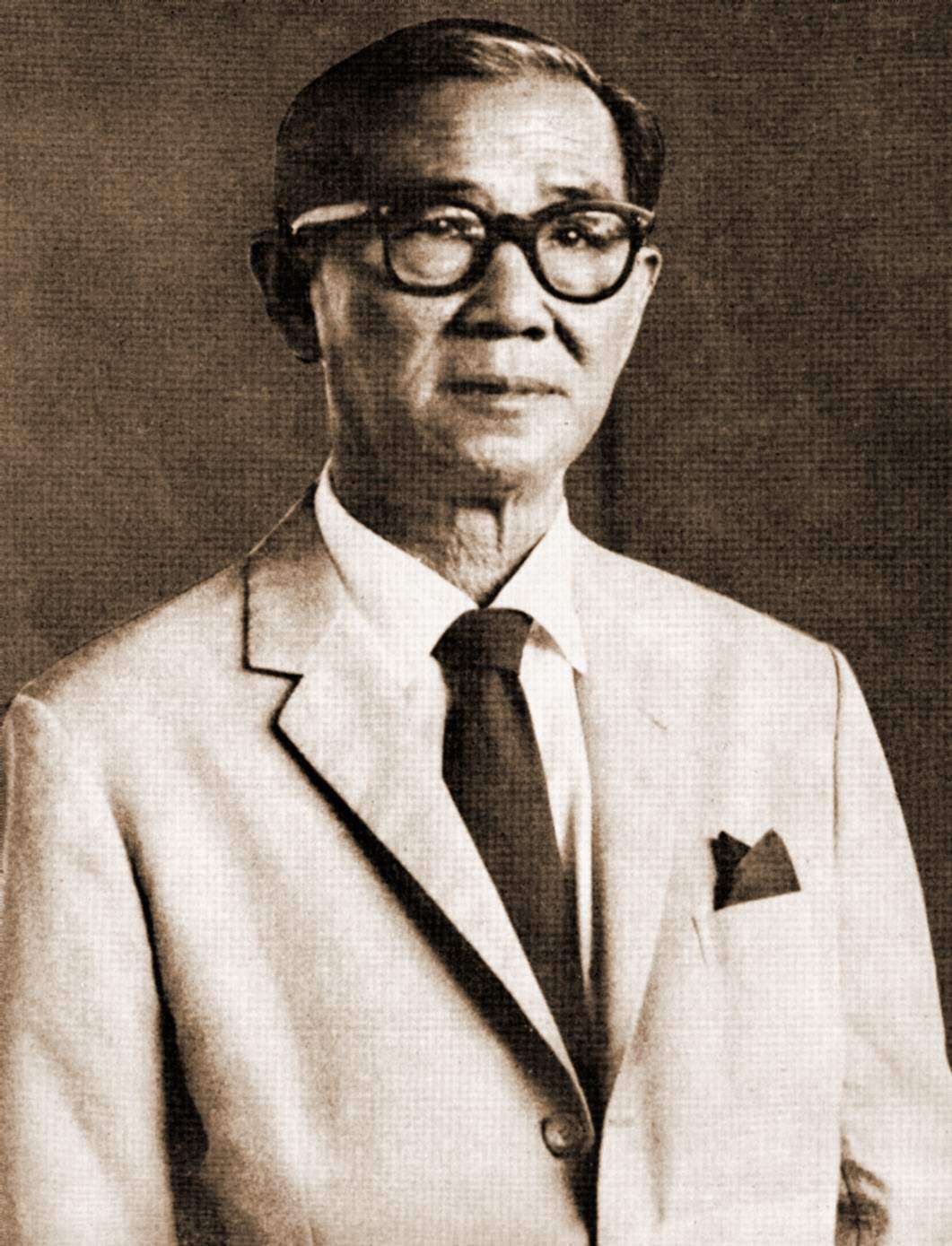 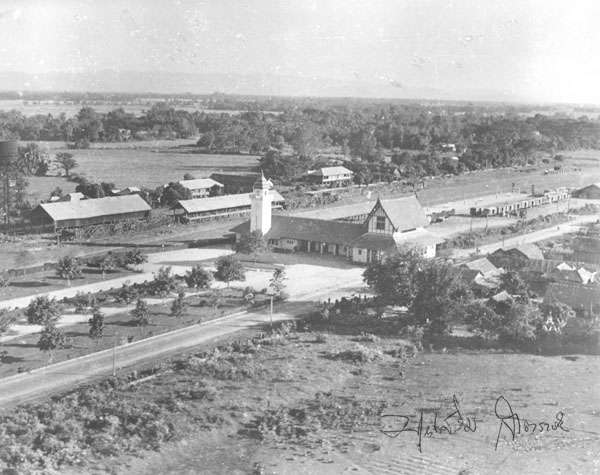 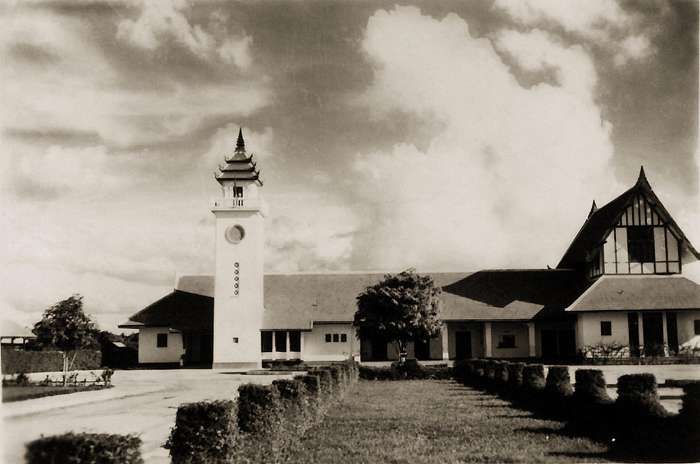 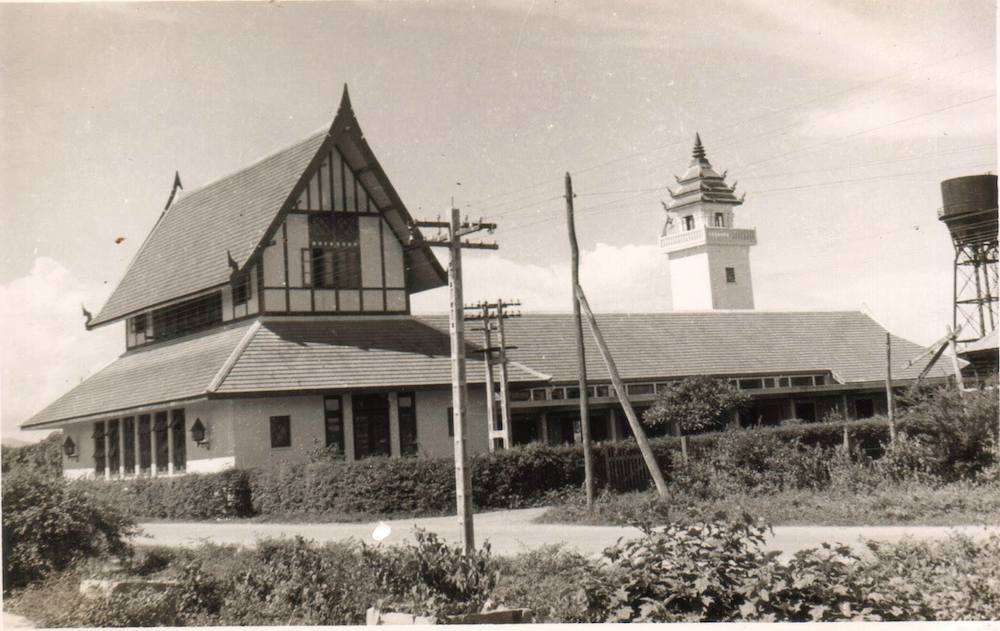 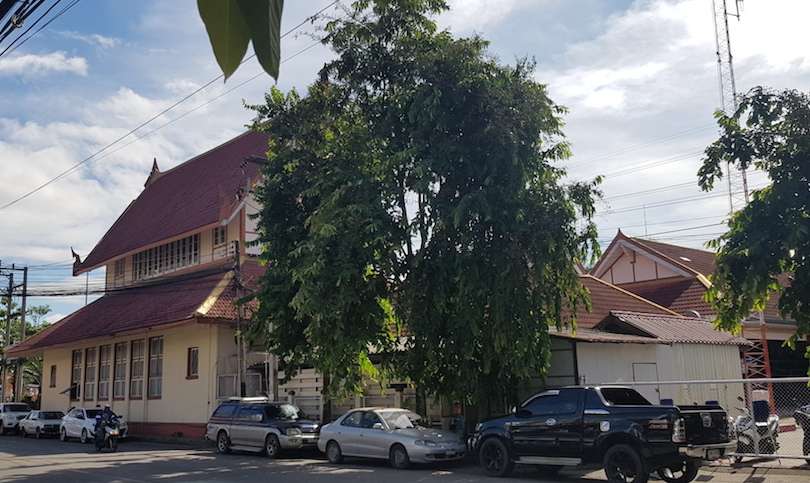 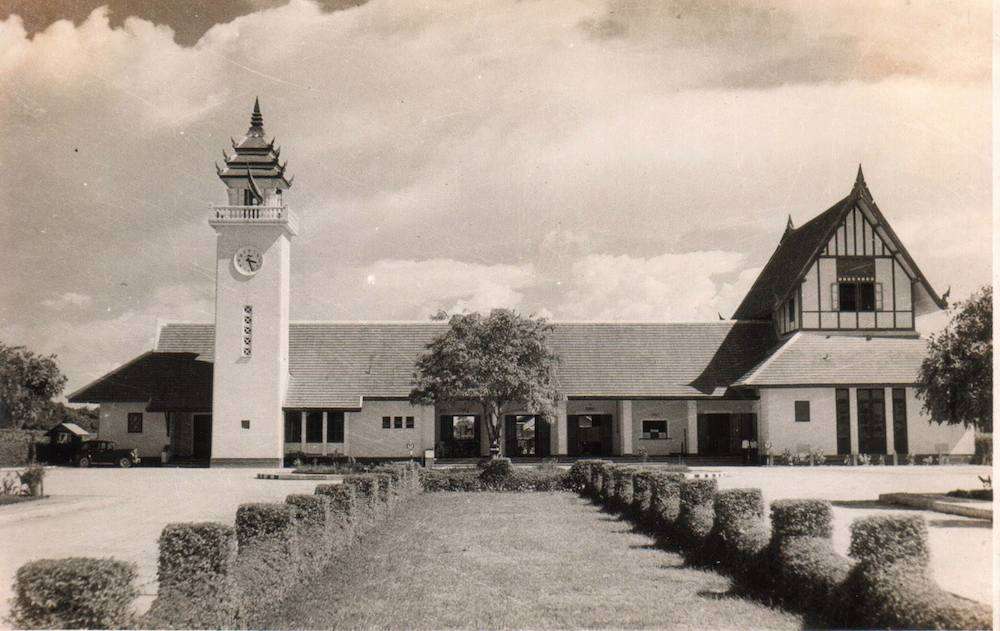 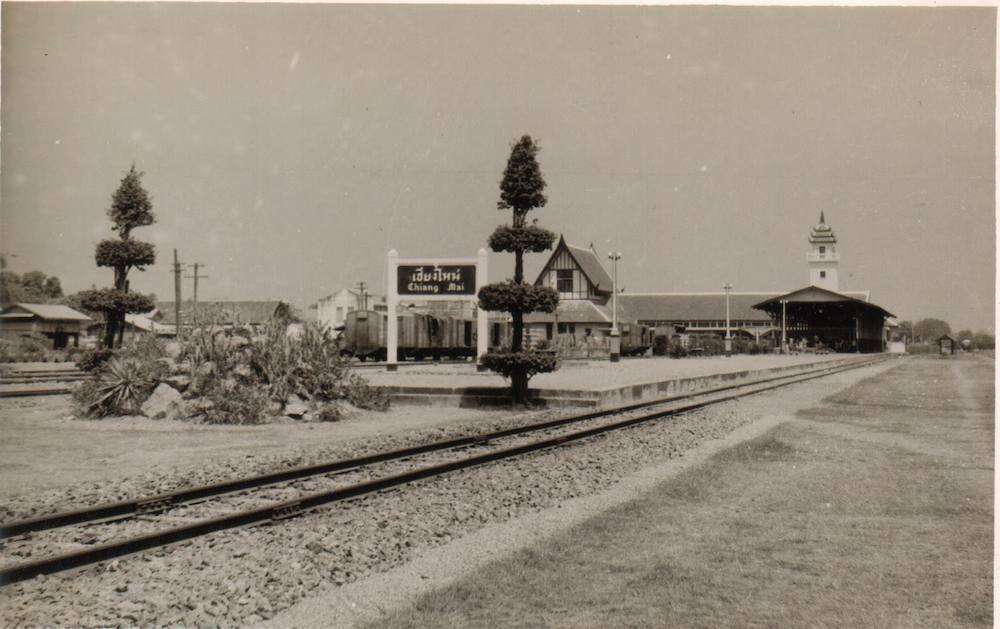 Back of the Railway Station

The late Boonserm Satrabhaya took quite a few pictures of the Railway Station in the 1950s from a helicopter.  These were made during floods. Clearly visible is the turntable on which steam engines were turned in order to let their noses pointing in the right direction. The turntable was made in Germany in 1922 by Joseph Vögele in Mannheim. 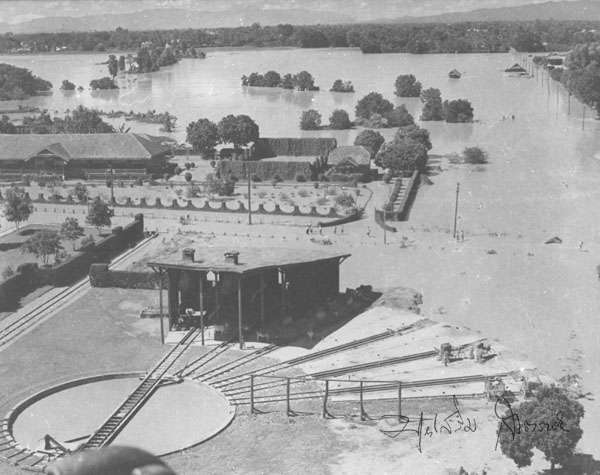 Turntable in the front. Looking north. On the right the Railway Terminus Hotel. Picture of Boonserm Satrabhaya 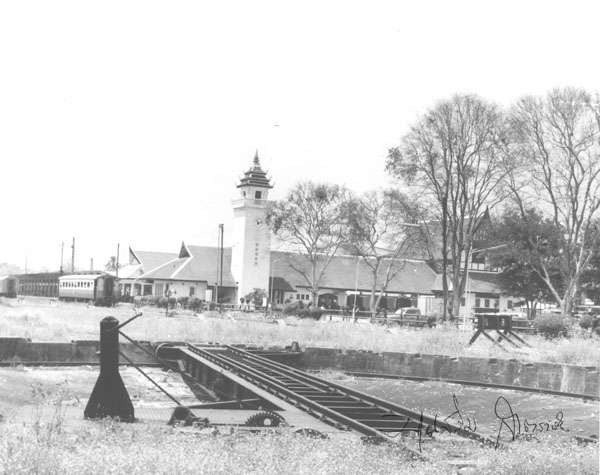 View at the station from the turntable. Picture by Boonserm Satrabhaya 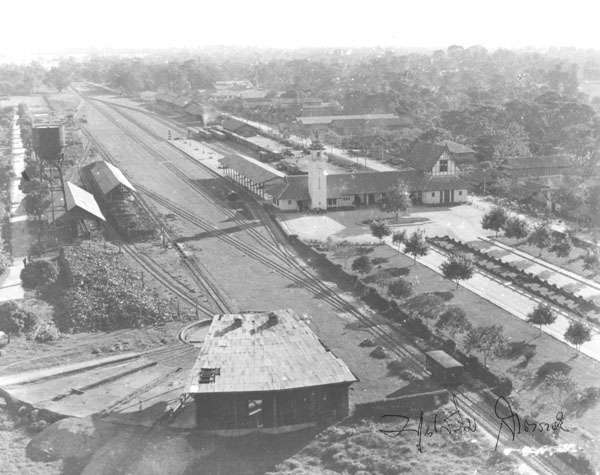 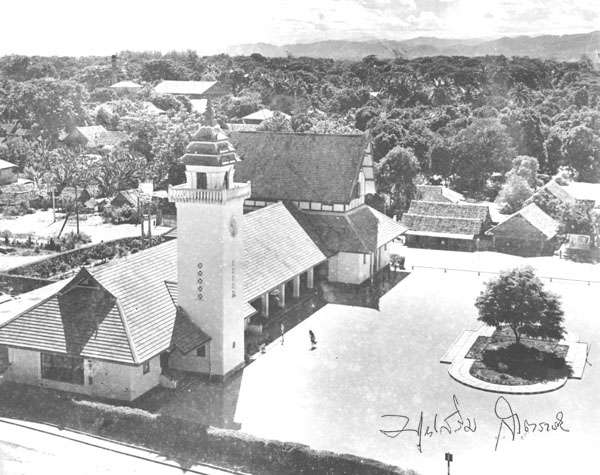 View on the station, early 50s. Picture by Boonserm Satrabhaya

My aquaintance, the late Robert van Hirschhorn aka “Rail Asia”, made these pictures of the turntable in 2006.  You can find Robert’s great pictures here. 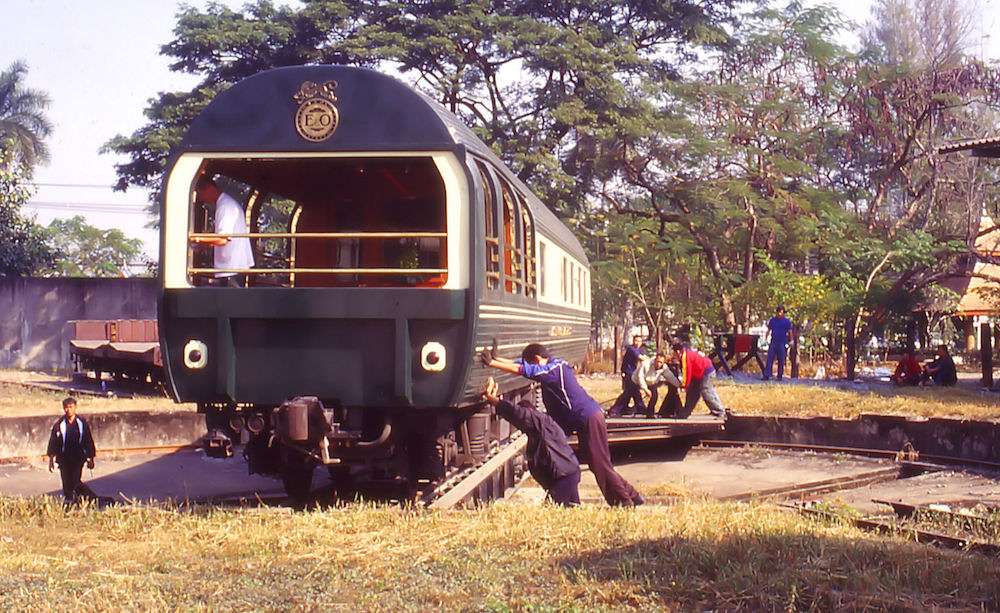 An Eastern and Oriental carriage being turned. Picture by Robert van Hirschhorn, 2006 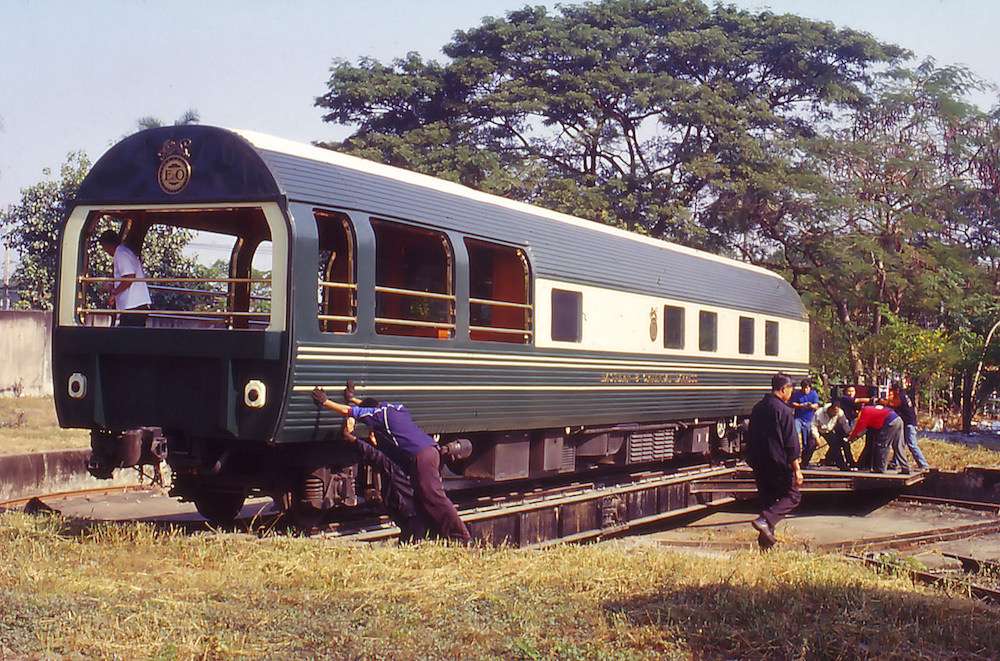 An Eastern and Oriental carriage being turned. Picture by Robert von Hirschhorn, 2006

The picture on the left was made by Robert Larimore Pendleton in December 1950.  More of Pendleton’s pictures can be found here. 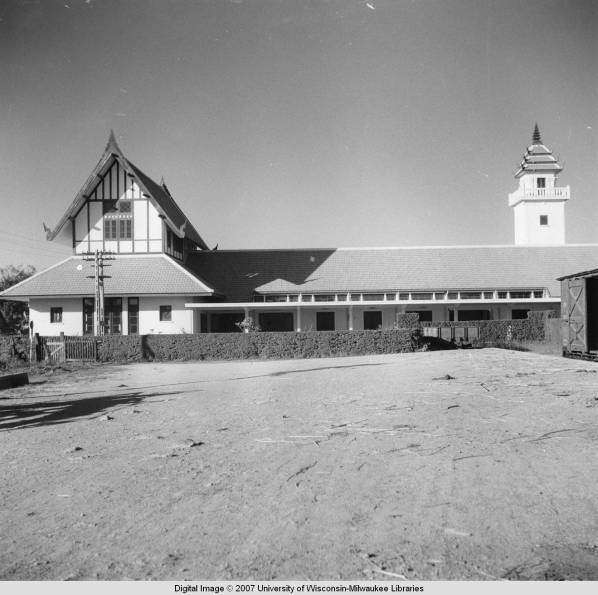 Wally Higgins made the other picture in 1959.

Jerry Reed sent me this picture with the following comment: “”This is the Railway station as it looked on July 18, 1969 from the roof of the Railway Hotel which is only a memory. I took the photo while on R & R leave from The U S. Air Force while stationed at Takhli RTAFB.”

Takhli Royal Thai Airforce Base was used by the US Airforce during the Vietnam War.  The picture show the entrance of the railway station at Charoen Muang Road as well as two fountains and an old steam locomotive on display. Fascinating picture! Thanks Jerry Reed! 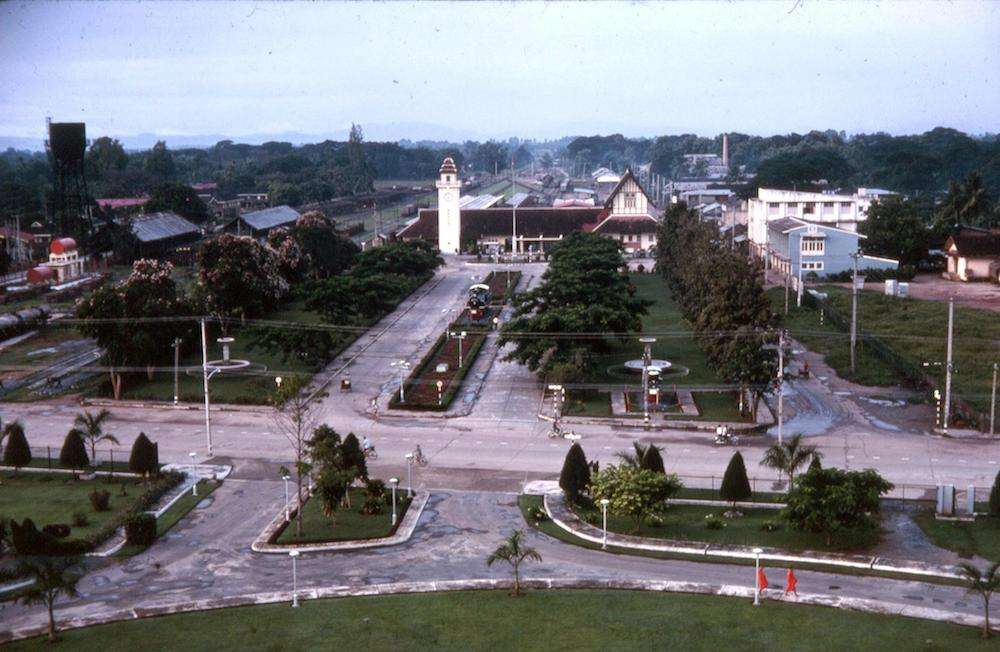 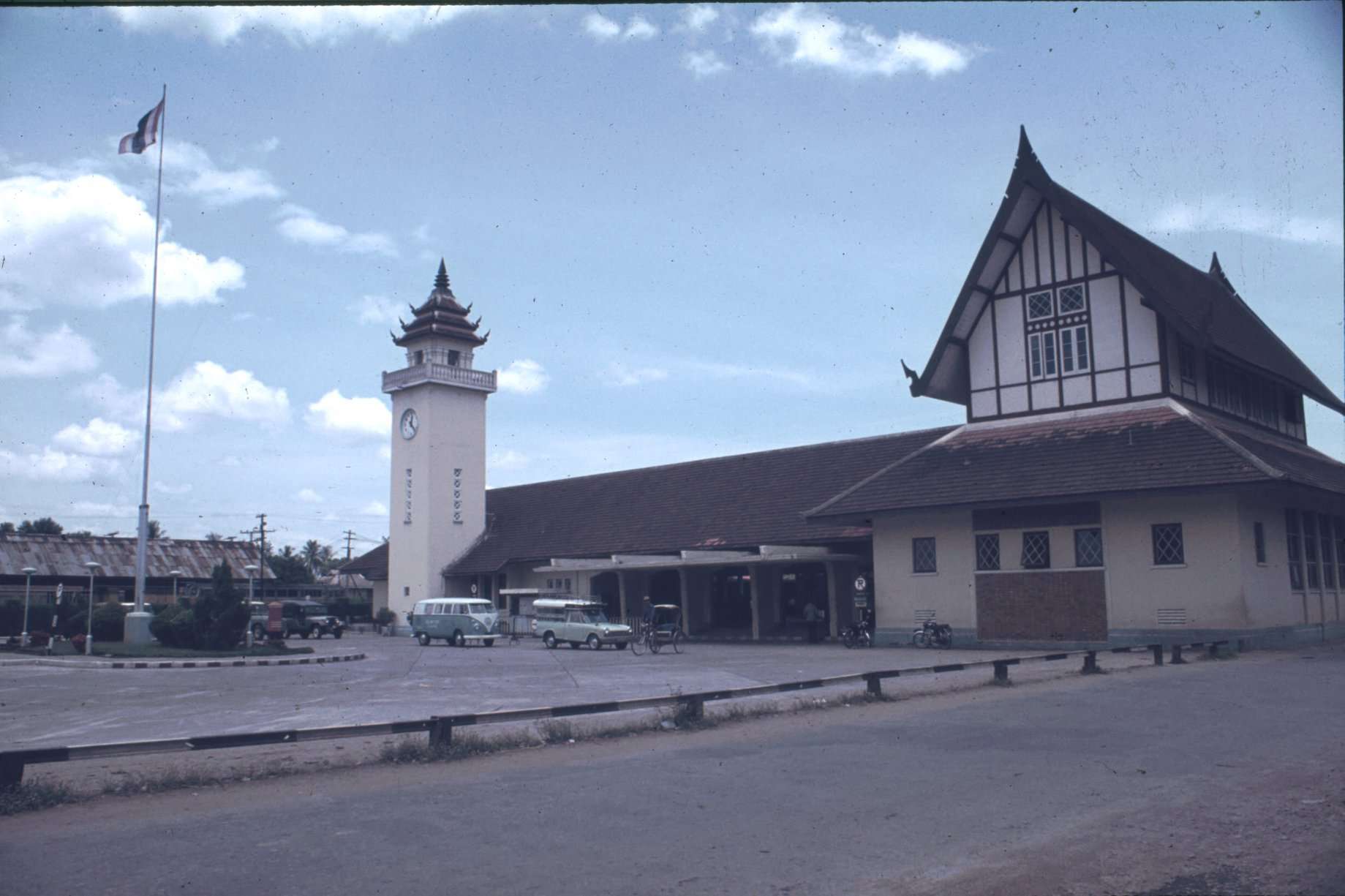